Welcome to Only Goalkeeper

Only Goalkeeper is the largest independent goalkeeper training program in the Houston, TX  area committed to excelling goalkeepers from ages 8 to adult.

We are proud to announce that Only GK will be partnering with West Coast Goalkeeping!

END_OF_DOCUMENT_TOKEN_TO_BE_REPLACED

Only Goalkeeper’s mission is to provide superior goalkeeper training for all players ages 8 to adult.  We work with all skill levels to instill proper foundation and enhance techniques to excel in the goal.

Our unmatched curriculum is designed by our head coach, former professional Venezuelan goalkeeper, Deusdedit Caguana.  Our sessions include challenging drills to improve all areas of technical, tactile, mental and physical aspects of goalkeeping.

Main focuses of training sessions include: 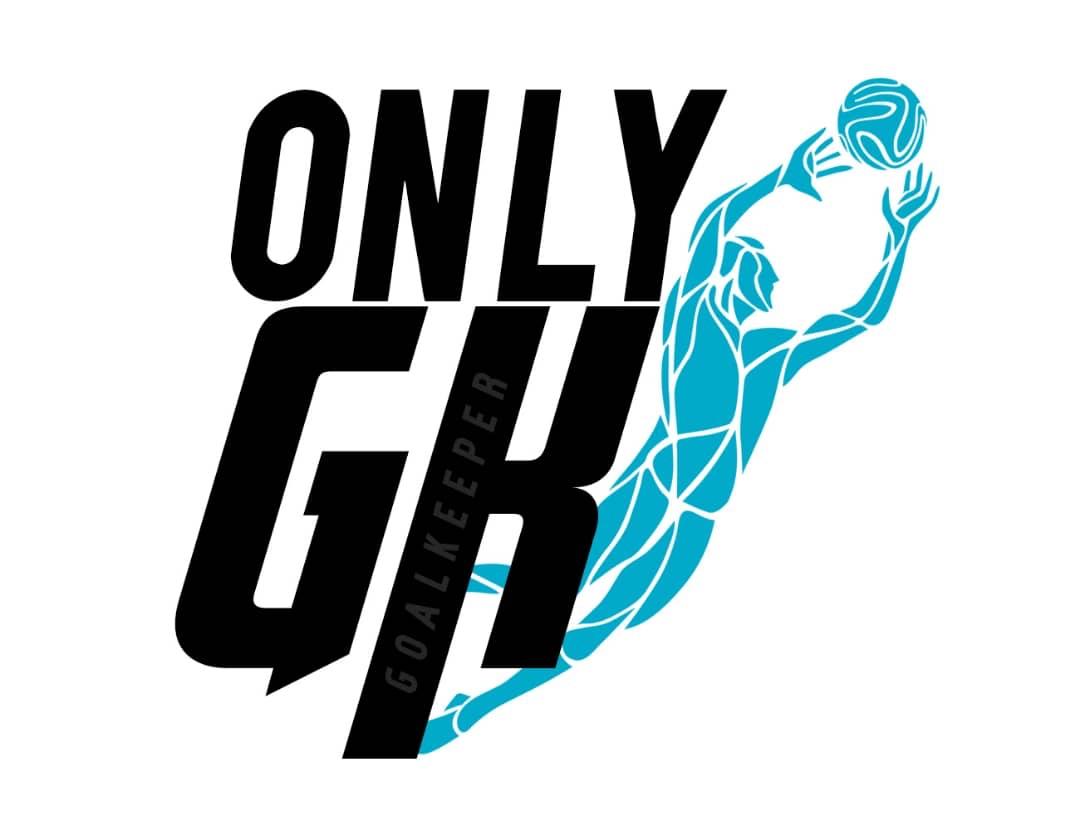 Only Goalkeeper was created by former professional goalkeeper, Deusdedit Caguana.  He is currently a goalkeeper coach for the Dynamo Dash Youth Soccer Club in Houston, Texas.  “Coach D” started playing keeper in Venezuela when he was 5 years old.  His love and dedication for the position resulted in playing professionally for 12 years with the Venezuelan clubs Carabobo FC, Deportivo Italchacao FC,  Llaneros de Guanare FC, Caracas FC and Estrella Roja FC.  After retiring from professional soccer, he then went on to coach both youth and Division 1 at Carabobo FC until he received an amazing opportunity from Palestine.   He became their National Team goalkeeper coach in the Middle East.  He feels his experiences as a youth and professional goalkeeper, along with coaching at the highest level, gives a perspective to the position incomparable to others.  Coach D believes in his players and their abilities to be successful. His unique way to bring out the best in each keeper excels their level at a rapid pace.  Coach D works with all players from beginners to MLS next, ENCL, GA and college levels. 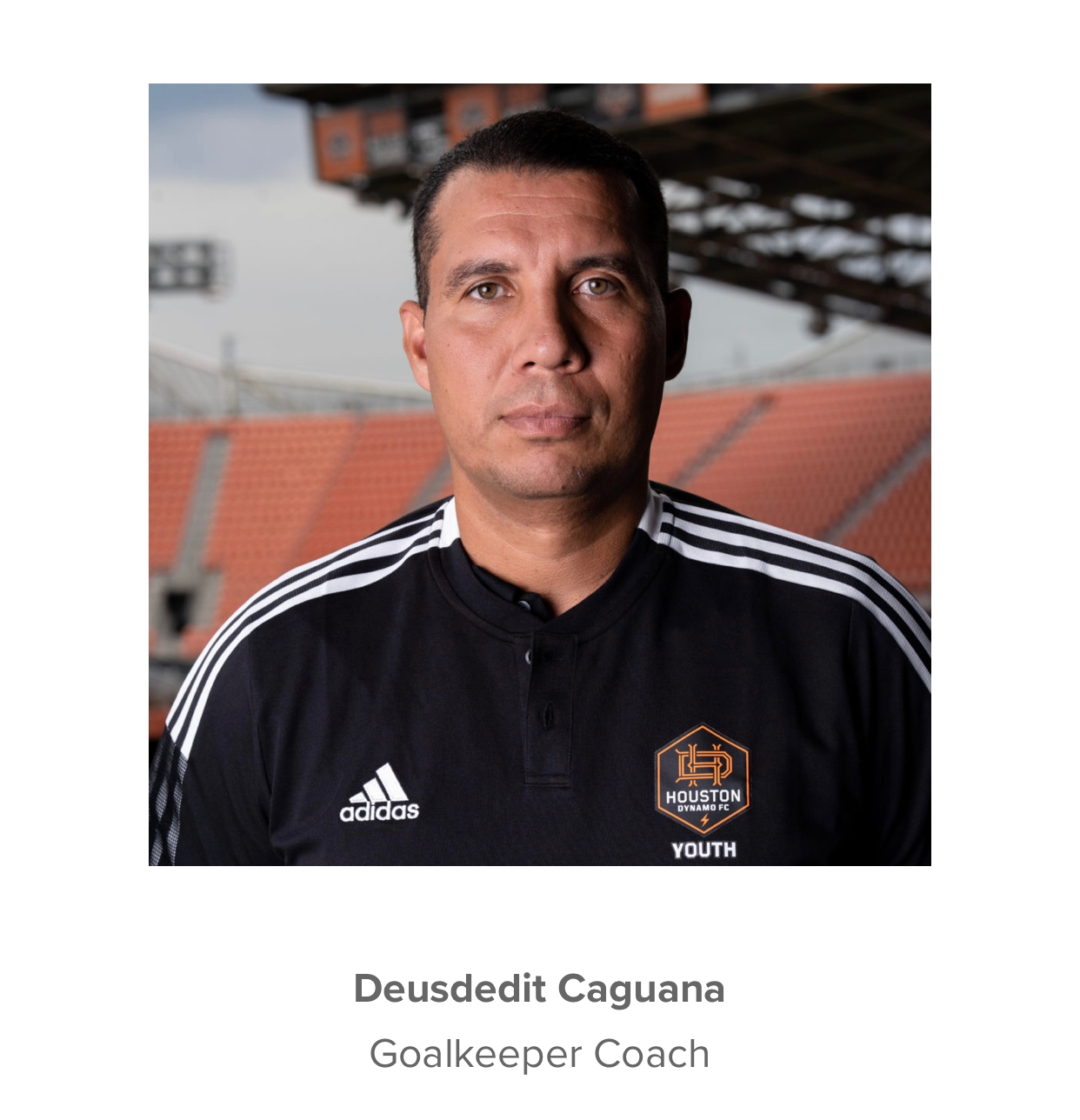 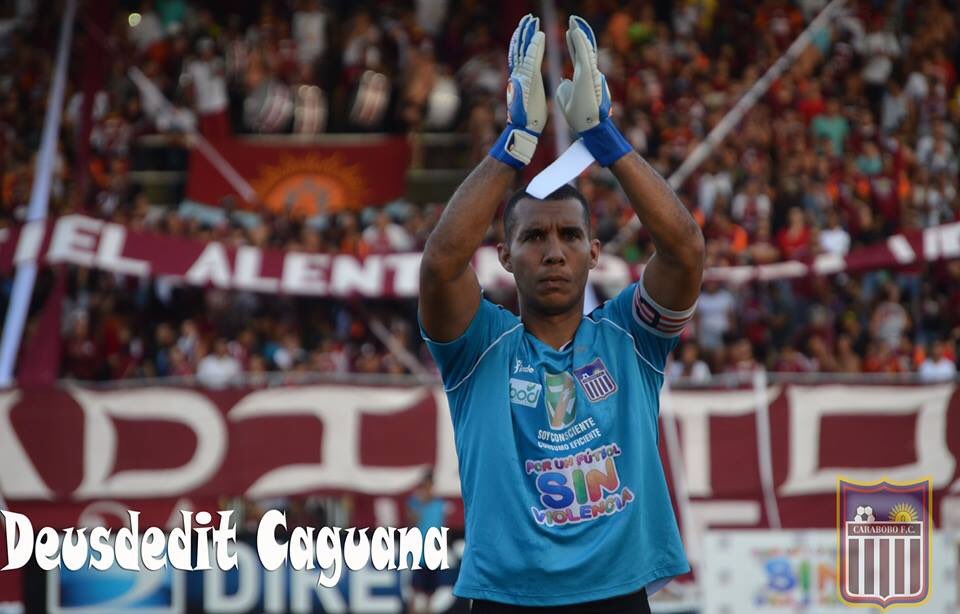 Coach D is an amazing and knowledgeable GK Instructor! He is knowledgeable, patient, and constantly motivates my son. Each training session is engaging, and fun! My son has improved tremendously as Coach D has helped him gain confidence in his position as a GK.
Zonia F.

In one year, Coach D took my daughter from a lower level club team to being sought after by many higher level teams from all clubs. Consistency was the key factor to my daughter’s rapid improvement. We have been to many GK coaches in Houston and Coach D is by far the best!
Tami E. 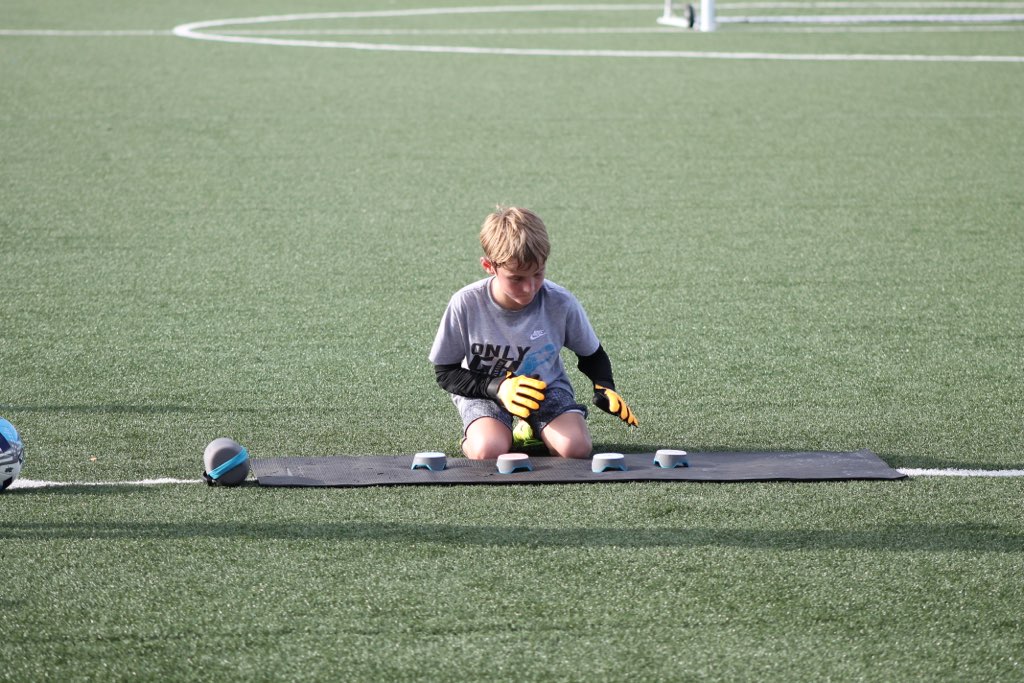 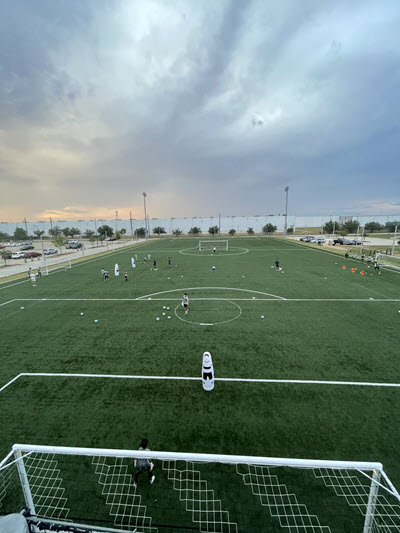 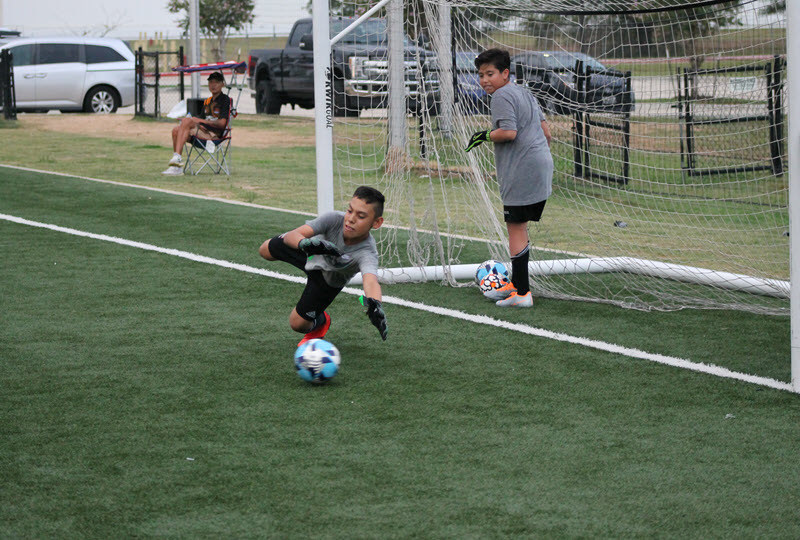 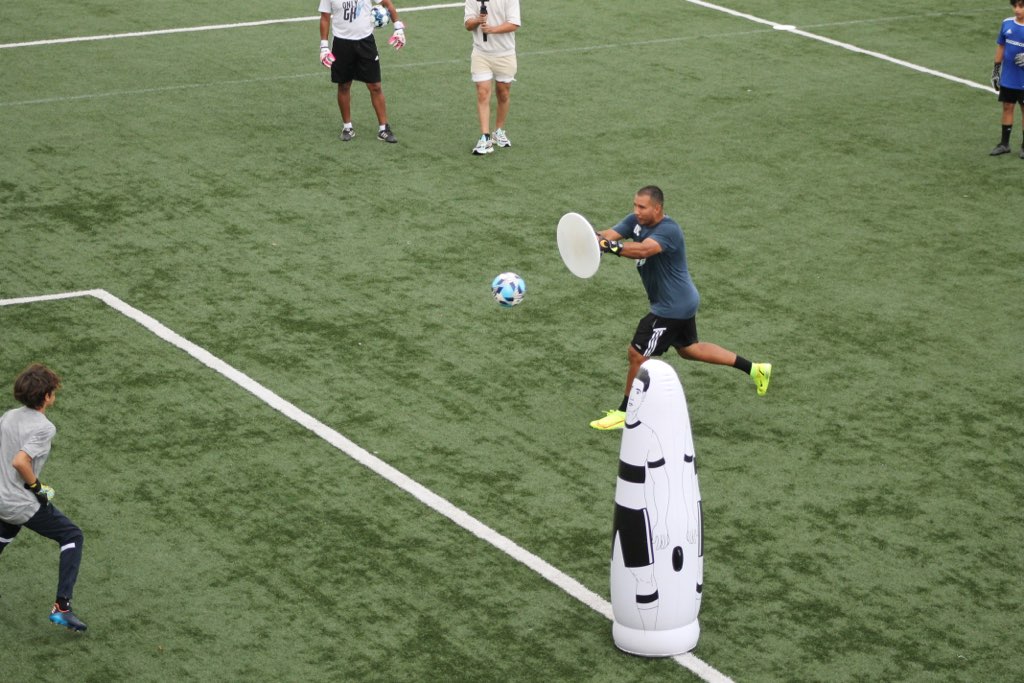 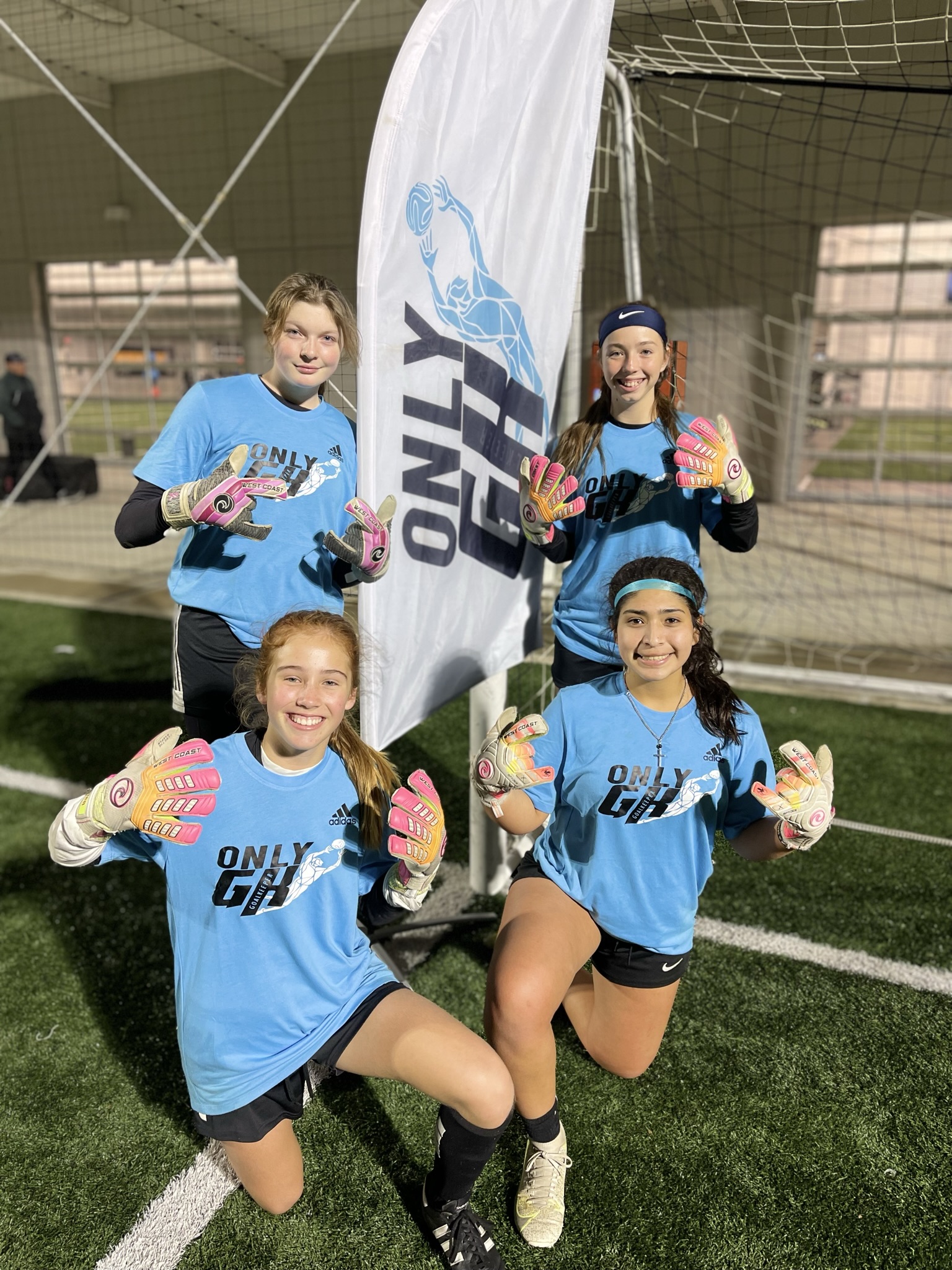 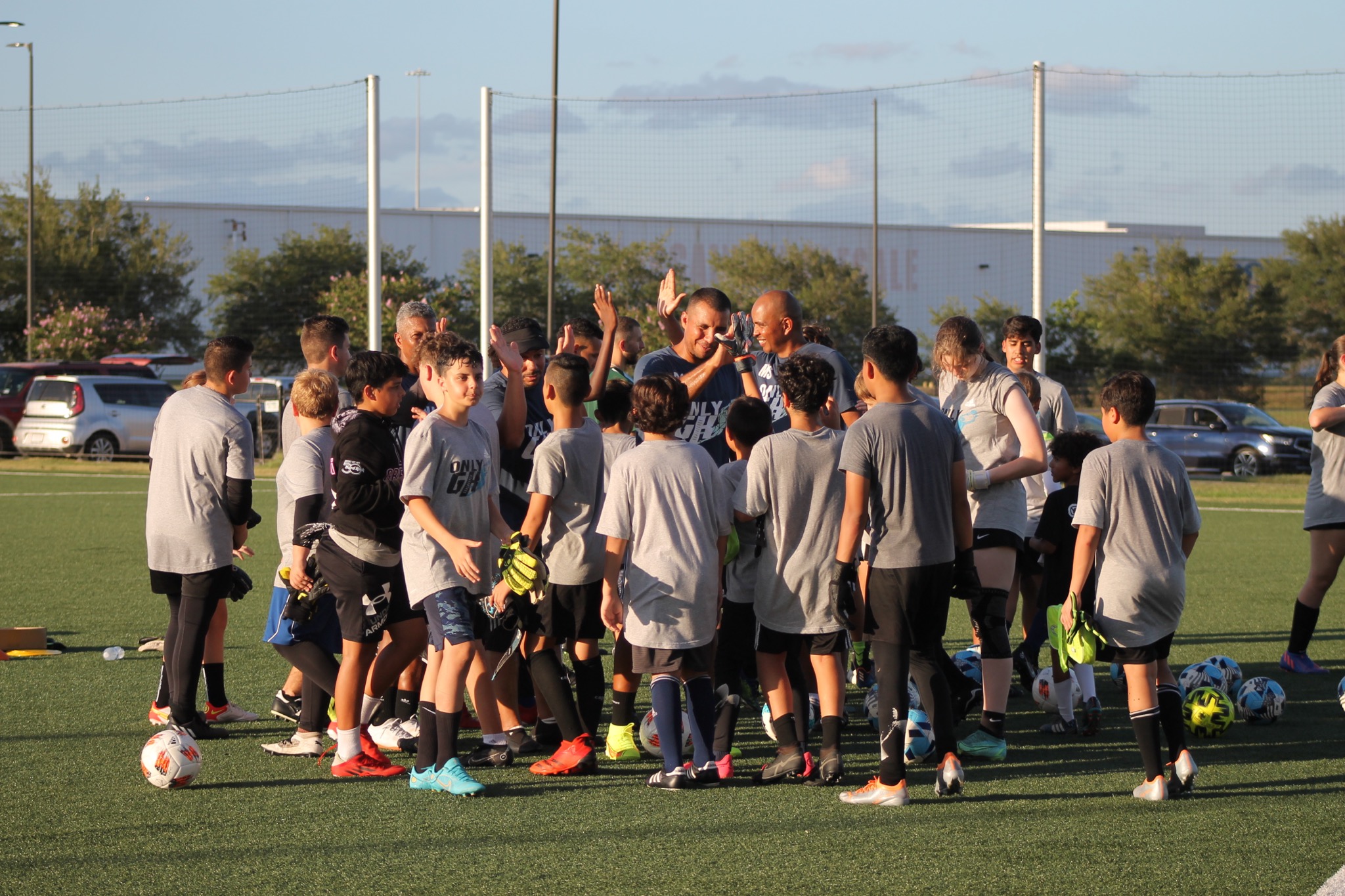 What Only Goalkeeper Offers

Camps and clinics are offered periodically throughout the year.  Camp and clinics will focus on several aspects to improve your game such as first touch, dribbling, quick feet, passing and receiving and ball mastery.  It is an excellent way to continue to train in a group setting learning from other keepers and coaches.

Our dynamic training sessions will enhance technical, tactical, mental, and physical aspects required to be an excellent goalkeeper. The session format allows us to work on each keeper’s skills and focus on their personal development.

Age and level will be strongly considered when grouping.